Last Saturday, I had the opportunity to attend a special motor show organised by McLaren at the MTC (Woking, Surrey). The aim of this event was to collect money for charity purposes and there, not only the legendary Formula 1 cars could be seen, but also super cars and classic vehicles which were exhibited by McLaren employees.

First of all, let me start showing you the M7C, commonly known as the “Thursday car”. This was one of the first vehicles in which the company started studying aerodynamics. As a matter of fact you can see that there are two wings: one at the rear part and another one at the front. The explanation for having these two wings is easy: because of the height of the rear wing, the down force which was generated was so big that the front of the vehicle tended to take off and that gave rise to the need of another wing to combat that effect. The reason why this race automobile is known as the “Thursday car” is that it was introduced on a Thursday free practice in Monaco and it got banned for being too dangerous. Why? Well, basically because the front wing could act as a “guillotine” if an accident occurred. 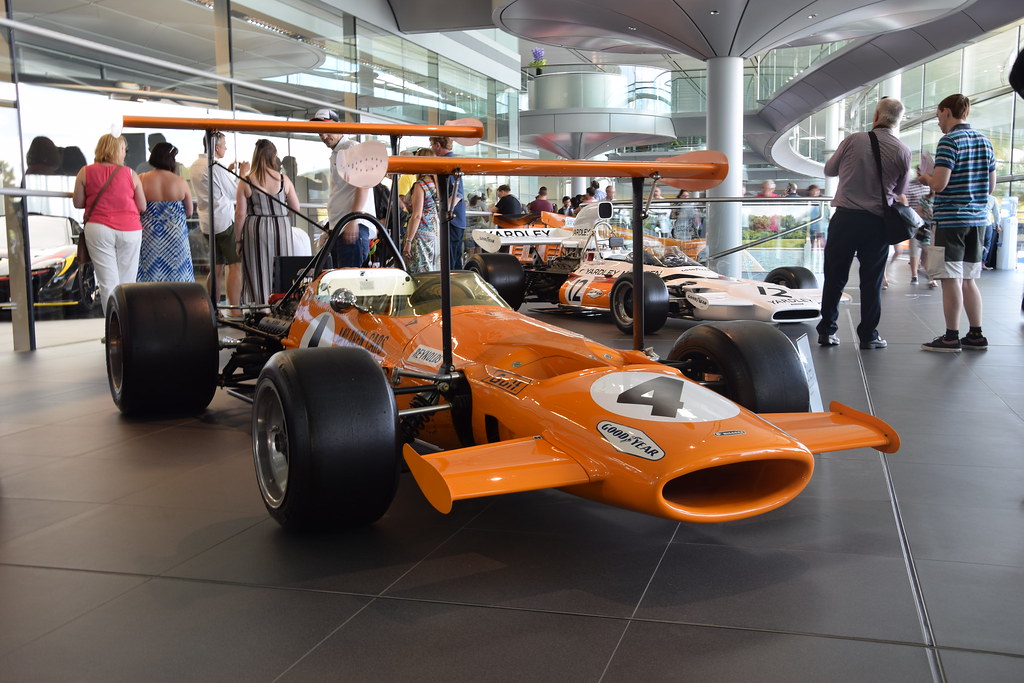