If someone mentions the term Photovoltaic System (PV Systems), the first thing that one would probably think about is a solar panel installed on top of the roof of a house, like the one shown below. Well, even though this equipment is undeniably the most popular worldwide, this article deals with the current and short-term situation of those huge PV Power Plants which are connected to a National Electric Grid and, therefore, participate in a National Electricity Market.

First of all, I would like to start by providing some background and a number of previous concepts that might be needed later. A simple diagram is shown below, which represents a normal grid-tied PV Plant:

Although each country has its own laws, it is usual that a System Operator (a public or private company which depends, at a certain point, on the Government) rules the technical part of the electric generation and distribution, as well as a Market Operator responsible for the economic aspects of the business. In Spain, for instance, the company REE (Red Eléctrica de España) is the System Operator and OMIE (Operador del Mercado Ibérico de la Electricidad) is the one in charge of managing the electricity pool, shared with Portugal. Counterparts can be found in the Nordic Countries, with the company Nord Pool Spot, in France, Germany and some other countries from central Europe with EPEXSpot or in Italy with GME. The same System could be found in other large countries such as Australia or China.

It can be deduced that the model is quite similar in the majority of modern countries, but there is an essential aspect that is likely to change from one to another: the period of time between the trading and the actual electric supply from the Power Plants to the Grid. In the UK, for example, there is a time lapse of 60 minutes, in Australia, even shorter, 5 minutes. That is the reason why these markets are known as continuous. On the contrary, we can find the Spanish market, qualified as day-ahead market. That is a pretty special model, which involves having predictions of the demands and the production that will be available during the 24 hours of the day after (operating day). The Spanish Daily Market takes place every day at 9 am in order to schedule the day after.

As one could imagine, the Spanish system also provides control mechanisms during the operating day, in order to correct potential imbalances that might occur. In this particular case, 6 intraday pool sessions are carried out along the operating day, where each Power Plant can modify its bids and, for example, supply the negative imbalance of another Plant at good prices.

Now, let’s think about a company responsible for the operation of a grid-tied Photovoltaic Plant, like the one shown below. How easy is to participate in a day-ahead electricity market like the Spanish one?

Well, as I said, they might need predictions of their production several hours in advance, to make coherent bids. Of course, that production is related to the specific day’s solar radiation profile on a proportional basis. As a consequence, if we want, as a PV Plant operator, to participate properly in the electricity market, we must have pretty accurate weather predictions. In this sense, it has been proved that the Spanish System is one of the toughest for the widely known as clean Power Plants, regardless of the huge amounts of radiation (PV Plants), wind (Wind Farms) and so on, that might be received. 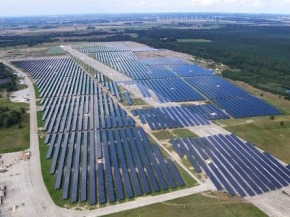 Before the arrival of the installations that are commonly known as green energy plants none of the currently existing problems were taken into account with regards to electric energy supply. Nuclear Plants, Combine Cycle Plants and so on, are incredibly reliable sources of energy, what means, in short, being able to provide controlled and stable amounts of energy every hour of every day during the year (except for the programmed maintenance shutdowns).

Some of the mentioned issues are:

But, let’s ask a question: Do we really need to supply the whole production every hour?

Well, I’m afraid that if you want to find more, you’ll have to wait for the second part of this post, which will be coming out shortly!